The Llyn Clywedog is a man made reservoir formed by the construction of the Clywedog Dam. The dam was built between 1965-67 to regulate the flow of water in the Severn, both as a protection against flooding of the upper sections of the river during the winter months and also to ensure the maintenance of a minimum flow in the river during the summer. 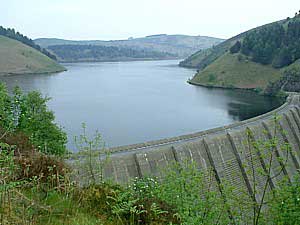 The construction of the dam and lake throw up a number of interesting statistics. The structure is the tallest mass concrete dam in Britain, standing fully 236 ft (72m) high. It is 750 ft long, and holds back some 11,000 million gallons of water. This apparently equates to some 550 million baths, or 264 billion glasses of water. The weight of concrete used in the construction of the dam is equal to 7 times the tonnage of the QE2 cruise liner, in all some 200,000 cubic metres; enough to build 28 miles of six lane motorway.

The lake has a surface area of 615 acres (230 football pitches), is 216 ft deep at its maximum depth and stretches in all a distance of some six miles. At its maximum, it is just 500 yards wide. Some 15 miles of new or improved roads were built around the reservoir at time of construction, along with two new bridges. There is a second, much less visible dam at Bwlch-y-gle. This is an earthen structure faced with stone, about 40ft high and 600ft long which prevents the lake spilling over into the neighbouring valleys on either side of Bryn y Fan hill, the highest of the hills surrounding the lake and a commanding feature to be seen from miles around.

The lake is owned and operated by Severn Trent Water Limited, the fourth largest water service company in the world. In addition to its practical usages, Llyn Clywedog is also a leisure amenity. Severn Trent have established a number of walks, such as the Clywedog Gorge Trail around the Bryn Tail Mine workings and the Llyn Clywedog Scenic Trail, while there are a number of viewing points arranged along the circular drive around the lake that allow the visitor to make the most of the wonderful panoramic views. The National Trail of Glyndwr's Way also passes beneath the dam before pursuing a course along the southern shore of the lake, making this one of its most picturesque stages. 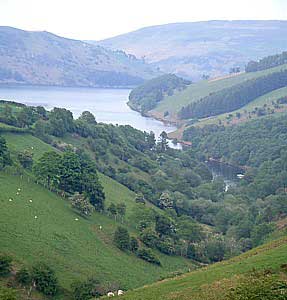 The Clywedog provides a perfect habitat for wildlife. Buzzards and Red Kite are now a common sight, and recently there have even been occasional sightings of Ospreys. Mallard are attracted to the lake, while Tawney Owls, Pied Flycatchers and a whole host of Tits have established themselves in the woods bordering the shore. In season, a great many butterflies can be seen (hedge brown, meadow brown, small copper, small tortoiseshell, common blue) flitting amongst grass that is studded with wild thyme, yellow tormentil, harebells, violets and clumps of heather. Squirrels are a common sight, and there are polecats, foxes, and the much put upon short tailed vole, which has the unhappy distinction of being the primary source of food for the birds of prey and other carnivors that inhabit the lake shore.

The lake is amply stocked with brown and rainbow trout, the management of which and the fishing rights are the preserve of the Llanidloes Angling Society. Sailing on the lake is run by the Clywedog Sailing Club. Both organisations hold numerous competitions and regattas throughout the year and visitors are always welcome. 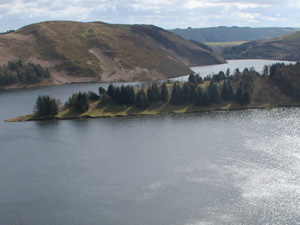 At the viewing area situated above the dam, Severn Trent have created the Look Out, an elevated platform sheltered from the elements, from which you can enjoy a panoramic view of the surrounding country. 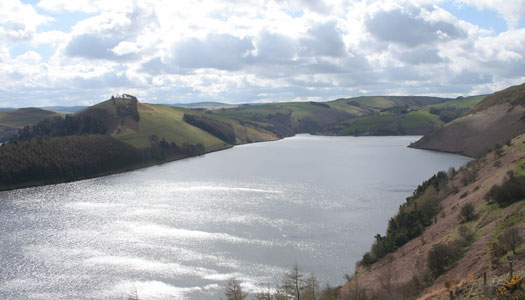 Clywedog Sailing and Canoe Club is located in the heart of the Mid Wales countryside on a lake created in 1967 by the construction of the Clywedog Dam. They are an RYA affiliated club also RYA Sailability recognised. There is a well equipped club house with all facilities and disabled access. The canoe section meets weekly and organises many away trips. The club is recognised as the best Disability Centre in Wales, they have full disabled access to the water with hoist and a wheelchair accessible jetty. 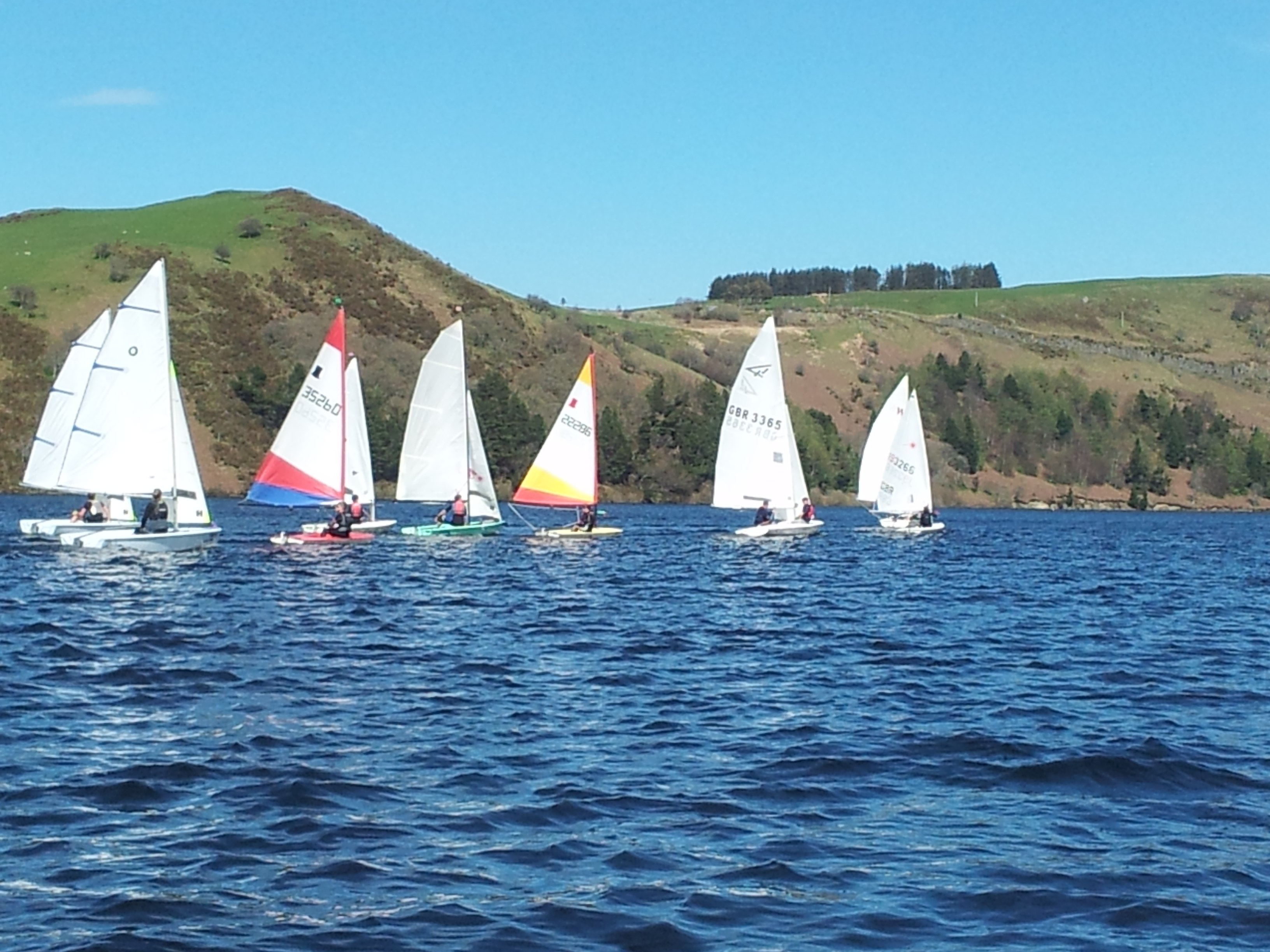