The Hafren Forest takes its name from the River Severn, the Afon Hafren in Welsh, which takes its rise about a mile from the western boundary of the forest, high up on the slopes of Pumlumon, the highest mountain in Mid Wales. Now spanning some 40 square kilometres of upland, commercial foresting commenced at Hafren in 1937 with the planting of pine and spruce trees in an area where once there were only sheep and a handful of deserted lead mine workings.

Though still very much a commercial enterprise producing timber for manufacture into pulp for news print, chipboard, pallets, fencing and the construction industry, the forty to fifty year felling cycle allows Foresty Commission to manage Hafren as a habitat for wildlife and for the quiet, relaxing enjoyment of visitors. Landscape design plans allow for vigorous growth of newly felled and planted areas, while special open riparian zones along the Severn and its tributaries, partially planted with broad leaved trees, help to ensure the continued health of the streams and make them an excellent habitat for a host of flora and fauna. 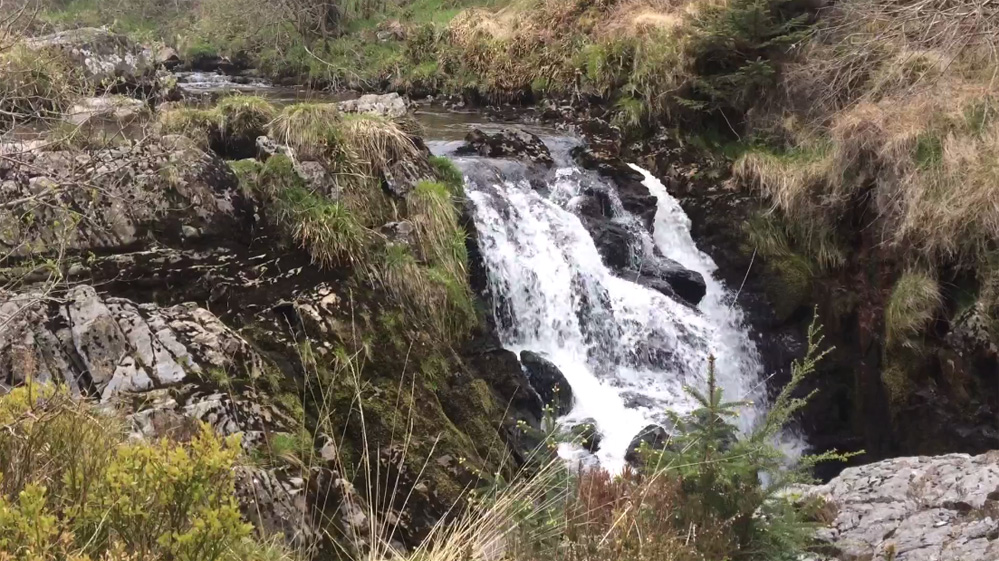 Mosses and grasses thrive on the river banks, with tormentil, marsh violets and bog asphodel raising their heads in the summer months. The forest is a haven for birds, with buzzards, goshawks and the rare red kite often to be seen overhead. Merlin and sparrowhawks inhabit the edges of the forest, whilst the blue flash of jays can often be seen deeper in amongst the trees. The seeds of the cones from the pine and aromatic spruce trees attract flocks of crossbills, which can be seen feeding high up in the tree tops. In the felled and newly planted areas of the forest, the young trees are an ideal habitat for the nightjar. In the numerous streams, dippers, frogs, toads and other amphibians abound, while the Severn and its tributaries contain nearly every native species of freshwater fish and are home to the spawning grounds of migratory salmon.

To ensure that visitors can make the most of their trip to Hafren, Natural Resources Wales have created a number of different trails along the Severn and through the towering pine and spruce trees. For those who experience difficulty with mobility, the Cascades Trail was designed with the cooperation of the local Disabled Association and provides an easily accessible boardwalk up to the cascades on the Severn that give the walk its name. Another cascade forms the focus of the Blaen Hafren Falls trail, a three mile walk through the heart of the forest, whilst the first real waterfall on the Severn, aptly named Severn Breaks its Neck, is the focus of a walk of the same name. The longest and by far the most challenging walk available is that to the Source of the Severn. Climbing up through the forest onto the slopes of Plynlimon, this seven mile round trip takes in one of the most spectacular panoramic views, and some of the wildest scenery in Mid Wales. All four routes are circular and are focused around the picnic area and toilet facilities at Rhyd-y-benwch, just seven miles from Llanidloes. In addition, the numerous forestry tracks and roads are also excellent terrain for the cyclist. 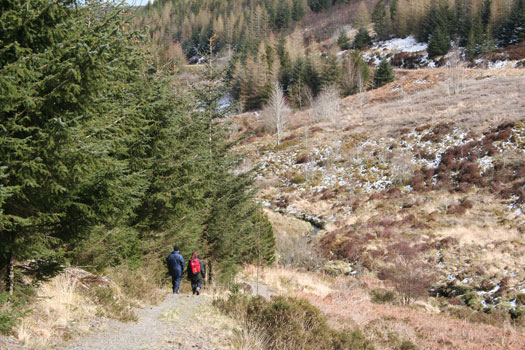 Walking on the Wye Valley Route in the Hafren Forest